Both were great babies but Shelbi appears to be much more relaxed. Shelbi rarely gets fussy beyond moving her legs for a diaper changer. Additionally Shelbi is eating MUCH MUCH better than Natali.

Natali never took more than 4 ounces...ever. Shelbi gulps down 2 ounces and wants more. A week in and she had a 4 ounce bottle for breakfast. Shelbi is almost much stronger than Natali was. Shelbi is able to pick up her head and turn it...at less than a week.

The time in the hospital wasn't horrible. The C-section lasted much longer than last time. There was a lot more scar tissue to deal with. For those new this was our 5th pregnancy but only second child.

After Shelbi was resting on Kelli's chest the Doctor went to work putting Kelli back together. Apparently it was bad as the Doctor jokingly remarked that it was a "hot mess" down there. Organs were fused together that shouldn't be.

The recovery for Kelli has been swift. She WALKED out of the hospital 4 days after birth. We were able to be out and about on day 5.

People constantly remarked how "brave" and "strong" Kelli is for being out WITH a newborn less than a week after birth. Is this odd? Bleh.

I will do my best to keep updating. While I love having a new daughter, I'm worn out from having to start all....over....again.

Posted by Geekinthecockpit at 5:45:00 AM No comments:

It's funny how little Kelli cares to blog about the second kid. The was all in the first time. This time shes a bit less intense about the pregnancy.

We are still deciding on a name. Whatever it is the name must not be found on personalized items in a gift shop. Natali, Darren and Kelli are all rare....the next kid can't feel special.

Tomorrow we are taking delivery of a "family" car. Right now we have a BMW I3 and a Nissan LEAF. The LEAF goes back soon. Kelli is upgrading to a Tesla Model X. Photos to come.
Posted by Geekinthecockpit at 4:43:00 PM No comments:

Kelli has resisted blogging this time around. I figure I will blog...mess something up...and she will correct me.

So between the birth of our daughter and now we did have one other pregnancy.

Back in February Kelli was pregnant when another set back happened....ectopic pregnancy. Due to many factors I don't understand, her right fallopian tube was removed. We were devastated. At that point we were 1 for 4.

We discussed adoption, after all my mom ran the second largest adoption agency in Texas in the 90s. The prices for adoption were all over the place. It didn't seem feasible.

July came and Kelli decided she wanted to start trying again. She is really good at tracking things and we are extremely fertile so it only took 2 "attempts" to get pregnant. Ironically when the date came to take a test, Kelli was a bit negative and didn't feel it was necessary. About a day later she took one....it was positive. She took another...still positive. Kelli even knows which test are more sensitive than others.

Then things began to get odd, which is sadly normal for us The first sonogram was performed at a different location than normal due to the primary office tech quitting. The tech at the new location had issues finding the embryo. We didn't think anything of it at the time, but looking back it was a warning sign.  The second sonogram occurred while I was out of town. The same tech didn't say anything (professionally she couldn't), but Kelli got a bad vibe when she was left alone after the exam for a long period of time.

When her Doctor came in the room she said, "I wish we could meet and have good news....". The Doctor told Kelli it might be another ectopic...but a more severe and rare kind.

Kelli was sent to a high risk doctor to be checked for a possible cornual ectopic pregnancy. I just happened to be flying back into town to pick up something I needed. I had time to stay for the visit.

The high risk Doctor took a look but couldn't state if it was cornual or not. We were left with a 50/50. The Doctor would consult with her partner in the morning.

I flew back out and Kelli went home. Thankfully her mom was able to fly in that night to be with Kelli.

The next morning Kelli was asked to come back in for another sonogram. This time they had a better look. The baby was thankfully normal....the problem was Kelli's uterus was fused to her abdominal wall thus they weren't able to get a normal picture. They still wanted one more follow up visit.

The following week Kelli tripped over Natali in a parking lot and fell hard on her left arm. It hurt badly...and I was still out of town. Natali wasn't injured.

I told Kelli to ask a neighbor for help and head to Urgent Care. Nope. Kelli was in pain, but wouldn't take a pain killer. She went to bed in pain...because she is hard headed.

The next day she went to Urgent Care. I told her to "check in" the night before, but she didn't...so she waited 2 hours. The X-ray was.....inconclusive (see a trend here?) so she went from there straight to a scheduled visit with high risk Doctor. One final look and they were content with letting Kelli go back to her regular OBGYN. Everything should be fine.

Kelli was able to relax.....just a little.

Posted by Geekinthecockpit at 7:14:00 AM No comments: 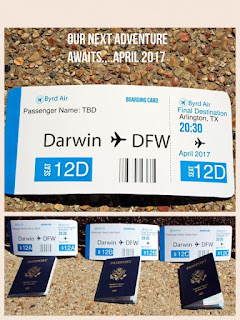 Posted by Geekinthecockpit at 5:19:00 PM No comments:

I've debated this post. It has been started and stopped several times.

When Kelli and I met we wanted zero kids. None. Nadda. We were destined to be DINKs (Dual Income No Kids).

Life was good. Then I started flight training. I began thinking about being gone for days at a time and Kelli bored at home with two dogs.

While I was living in Florida working as a flight instructor I brought up the idea of having a kid. Kelli was confused but agreeable. Thus (with two hiccups) came Natali.

Natali has changed our lives for the better. I can't imagine waking up without her. If I were asked to list the traits I would want in a child and those I'd rather not have....Natali fits my list perfectly.

She is funny, reserved, inquisitive, kind and caring. Natali doesn't take risk and doesn't care for strangers. She is an easy kid.

But what about the second child?

I've been a "one and done" person from the first day we brought Natali home. The plan was for none....then one....never two.

When the topic came up it was always "we will wait until Natali is five" as Kelli has a device implanted that last for 5 years.

I'm still in the "one and done" camp. Kelli is not.

We've planned our lives around just one kid. Finances, house...even our cars.

Now that two of our friends have two kids each...the topic of our second kid has come up again.

Unlike some people, Kelli and I research everything we do that involves finances. We discuss and plan for anything that cost more than $50. Eating a meal outside the home is maybe a once a month affair (excluding my flying gig). We are cautious spenders. We like having a reserve...a backup plan...a "what if crap hits the fan" plan.

Kelli "ran the numbers" on a second kid and somehow made them work. Not sure where she found the extra $900 a month for a kid but she claims she did.

I'm still no. It's a difficult problem to solve as there has to be a loser and winner. I can't think of a compromise. I suppose I could offer to get a pet iguana?

Exactly 9 months until Natali turns 5. Lots of time to discuss. I really don't want to go through the sleepless nights, diapers, crying, carrying extra bags, and did I say diapers?

Maybe we should have had the second kid right away like many people do. That time has sailed though.

Just posting this to document that the topic is out there. No solution yet.

Posted by Geekinthecockpit at 2:34:00 AM No comments:

Email ThisBlogThis!Share to TwitterShare to FacebookShare to Pinterest
Labels: Darren

Time really has flown by. Natali has brought more happiness and joy to our lives than we ever thought possible. Just a quick post. As always hopefully we will post more often.
Posted by Geekinthecockpit at 2:08:00 PM No comments:

Email ThisBlogThis!Share to TwitterShare to FacebookShare to Pinterest
Labels: Darren

It seems the older she gets, the less we update this blog. I'd  (Darren) like to really stop that trend. This is a journal that is recording her life. I know I would love to read a journal chronicling my life.

Natali had her first official sleepover last night. Our friends Jason and Jackie volunteered to keep Natali so Kelli and I could go to a wedding. Natali has met them several times. I'd venture to say she's met them almost monthly since she was born.

They have a daughter who is almost exactly one year younger than Natali. They get along great.

Every now and then Natali can have separation anxiety. She get's really upset. We were worried...but she did fine. Almost to well as she just waved and said "Good bye Mommy and Daddy."

We picked her up the next morning and reports were she did very well. She had a little crying fit in the middle of the night. Understandable being in a new place.

Beyond that she's growing up faster than I would like. She is having a late spat of the "terrible twos". When she doesn't get her way she starts crying and screams. We haven't given in. The countdown from 5 method normally works. If not she goes into time out which works every time. We know we have it easy and are thankful for it.

Posted by Geekinthecockpit at 2:50:00 PM No comments: